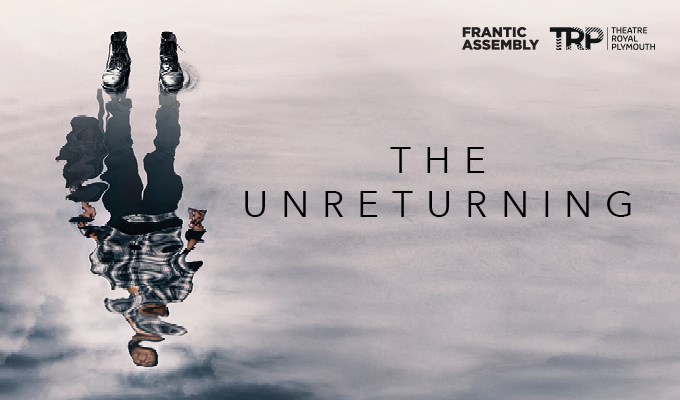 Q&A With Anna Jordan on The Unreturning

Check out this Q&A with Anna Jordan on her new play, The Unreturning.

What inspired you to write The Unreturning?

The idea was born out of lots of exciting discussions with Neil and Scott and the team at Frantic. We were interested in exploring how it feels to come home after a transformative experience; particularly through the eyes of a young man - as this project was inspired by Frantic's Ignition scheme, which celebrates its 10th birhtday this year. (All of the cast of The Unreturning are made up of Ignition graduates). We then explored lots of avenues - lots of different situations in which you might spend time away from home as a young man - and eventually after quite a bit of development the idea of retuning home after an experience of war started to show itself as the most dramatic. We've looked at how you change when you are away from home, or how your home can change - be that emotionally or physically. It's a way of exploring what home means.

How does working with Frantic Assembly compare with other companies? Are there extra things you need to consider when you know you are writing a piece that will incorporate movement?

Yes, I think it changes the experience completely in a wonderful way. I've been a huge admirer of Frantic's work and the chance to work with them has been a bit of a dream for me. Although the work they do is very physically challenging and quite technical, it's hugely accessible for audiences, which I think is the most exciting thing about it. It does shape how you write - something I've been aware of is that writing long, very naturalistic scenes is not always the best fit for Frantic's work (in my opinion) and lots of The Unreturning is quite poetic and rhythmic and full of imagery, which I imagine the company creating physically with great impact. It's about leaving space for the movement to tell the story too.  The Unreturning moves very quickly, sometimes through short staccato scenes, seamlessly changing time and location in a heatbeat. The idea is that the scene can magically transform in a matter of moments; this idea of magic was important to us from the beginning. It's really allowed me to be daring and that's a gift for any writer.

How do you feel this is relevant to audiences today?

Sadly, it feels incredibly relevant now, especially with the Syrian Conflict and the refugee crisis filling our news feeds every day as well as rising tensions across the world and a growing sense of uncertainty about the future. I suppose for me as a writer, The Unreturning was a way of exploring and exorcising some of those uncertainties - as the play looks forward to what the future of war could be as well as back at what we've known. There is also, of course, the centenary of the First World War.

I'm aware this all sounds heavy - but there is lightness and laughter in the play too - and hope. It's a lot about friendship and camaraderie and it was important for us as a team to find those moments of light.  Those will be brought out not just through the writing but through Frantic's movement language.

What do you hope audiences will take away from the play?

Essentially, I want to tell dramatic and invigorating stories about the way young men are affected by war - whether they are fighting or fleeing it. Theatre's greatest gift is that it can generate empathy and that is something we need more than ever in today's world. With suicide being the leading cuase of death for men under 45 in this country I jumped at the change to write a piece that explored themes of masculinity and male mental health, and I hope it will be enlightening and entertaining for an audience. I hope they feel they have gone on an epic journey with each of the characters.