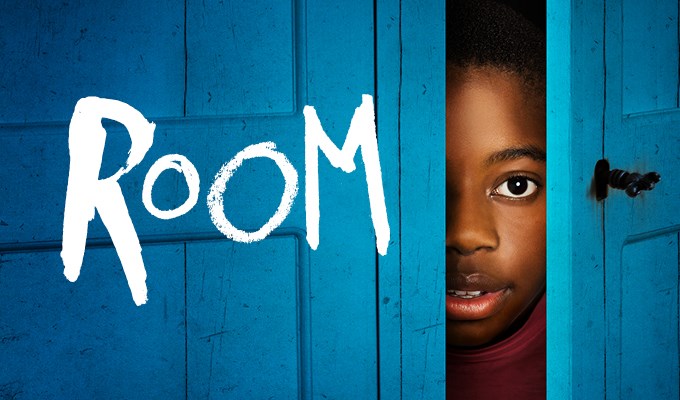 1.    What exactly does a Video Designer do?
A Video Designer is simply another element that a Director can use to tell a story. We generally work with the moving image and are unique in the way that we can very quickly change the nature of a given space in the blink of an eye. I always come on board a project in it’s very early stages as the video and the set are very closely intertwined and have to work together in order to achieve a good result. Having a background in set design is very useful for this process. We also have to be extremely multi-skilled as on most productions I will be the designer, editor, cinematographer, animator, grader, artist, compositor, 3D modeller… Every show is a learning process and I try to learn a new skill of some kind with every show.

2.    How did you become a Video Designer?
I started off on a couple of Christmas shows for a friend of mine which then just started to snowball into a full time thing. Previous to being a Video Designer I was an associate and assistant set designer so I already had theatre training which gives me a unique background compared to a lot of other Video Designers. I had always had an interest in animation and filmmaking so Video Design is an almost natural progression as I get to tackle all forms of filmmaking with the work I do.

3.    What are the biggest influences on your work?
I always look to the movies as that has always been my passion since I was small. Directors like Tim Burton and Ridley Scott were always my idols as they came from artistic backgrounds, both of them starting out in art departments or as animators. I’ve always been a huge fan of animation too, so anything Pixar creates always has my attention as well as the films of Studio Ghibli. You’ll find a lot of “Art Of” books in my studio library, from Pixar productions to the Star Wars films. Quite often I find the sketches and concept art more interesting than the final films.

4.    What has been the highlight of your career?
It just gets more fun every year so it’s hard to pin anything down. The recent success of Groundhog Day meant I got to go over to recreate the show on Broadway which was my first Broadway show so that’s exciting. What was really great about it though, was that back when I was an Assistant Set Designer I worked for the designer Rob Howell for many years. Groundhog Day marked the first show that I worked side by side with him as my own designer so the full circle from him being my mentor to working alongside him is quite a highlight.

5.    How did you get involved with Room?
It all started with an email from Bella (our Producer) whom I knew from her time at the National Theatre, who had wanted to have me do a show at Theatre Royal Stratford East for a little while but the dates never lined up. Thankfully this one did and then I had phone call with the Director Cora who talked me through her vision for the production and asked me to come on board.

6.    Can you tell us about the process of creating the videos?
This show contains a lot of different types of video, from animation, to green screen shoots, to on-location footage, to atmospheric effects.

The animation is always by far the most complicated process and has a great many steps to get it to the stage. I start with little doodles of ideas and thoughts so that I could get my head around what I might want to create for the show. Then with this particular production I had the challenge of creating imagery that had to look like they were drawn by the character in the show, who happens to be 5 years old. Now while I can train myself (which I did by using my left hand instead of my right and repeatedly drawing off references) to draw like a 5 year old, my imagination is not the same as it is heavily influenced by many years of research and experience. So needing get some authentic drawings as a starting point I got a couple of 5 year olds (the Producer’s daughter Hope and my nephew Ethan) to draw pictures for me from a list of subjects I gave them. Once I had those, I had to redraw all of them for use in the show and to animate some of them further in order to make them move. It’s taken a long time to even explain the process this far, so you can imagine how long the whole process takes for multiple sequences in the show.

7.    What do you think the video elements bring to the production?
The video in this production gives the audience a glimpse of Little Jack’s view of the world without being too literal. In the first half it is used to flesh out the cartoon way that he sees the world around him while showing that creativity we all have at that age for drawing. It helps us understand that even though to us his life might seem sad and horrifying in places, in his eyes everything is fun and bursting with energy.

In the second half the video design shifts to show more of Little Jack’s actual point of view in the various places he finds himself. We also shift from animation to more live action elements to help progress this idea.

8.    What has it been like working with Cora?
Awesome. Bursting with ideas and always up for trying out any ideas that come into the room (no pun intended).

9.    What has been the biggest challenge working on this show?
Simply the volume of work in order to make the show feel as layered and rich as possible. Time is always against us on almost every show we do but with this one there are so many ideas that I want to try out and get into the show that the challenge is actually trying to whittle down the ideas to the ones that I can actually get completed on time.

10. What has been your favourite piece of film to create for the show?
I really like the opening animated sequence as it’s one of the first things we get to see and it’s lovely and playful and (hopefully) a little magical.