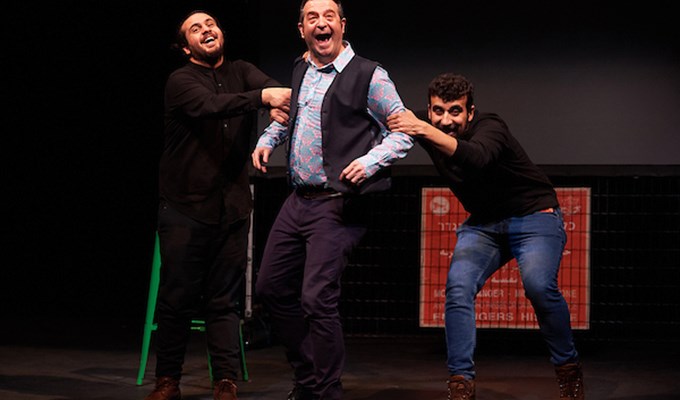 Difficult times call for directness. The political situation in Palestine, right now, is an abominable example.

Showtime from the Frontline is an unruly piece of work. Mark has described it as “smuggling a play” to an audience and there’s some truth in that. On embarking on our fairly brief rehearsal process in January, we didn’t know where we would land. It was made in the room, with the performers, technicians and creative team collaborating closely and quickly - very apt given we were rehearsing in Stratford, the home of Theatre Workshop.

Though we are aware that: “anyone not involved Light Engineering, who uses the word ‘workshop’, is a bit of a twat.” Sorry, Joan.

But aside from the politics and the narrative of young comedians performing in an extraordinary situation, I am proud of the form that we have struck upon, the WAY in which we tell this story.

It is a mixture of storytelling, sketches, banter, gonzo journalism, stand up comedy, video extracts and just talking to a room full of people. It is direct and honest. It responds to the energy of the audience. The aesthetics have been guided by function first. What do we need to say here? How can we express it most clearly? How can we surprise the audience?

We have been influenced by Joan Littlewood and John McGrath, pioneers and champions of popular and political theatre. The forms they found for their plays consistently acknowledge the audience and veer wildly in style from scene to scene whilst telling a story, like music hall. Or Shakespeare.

Creating a show in this way, in 2018, at times felt like a bit of an anathema, like the work of a bygone era. Too simplistic, too unrefined. But I’ve come to realise these associations are rooted in a bourgeois understanding of what “theatre” is. Being straightforward and truthful, particularly in difficult times, is the only thing that matters.

Theatre must be Live, above all. The well made play. Beautiful imagery. Seeing your ticket price reflected onstage in glorious costumes. These aspects take a backseat in this show. (Your ticket price has gone towards excellent lawyers to ensure our stateless performers can actually get into the country, so please be reassured.)

A good story, directly and expertly told, about a subject that you thought you knew. With laughs. This is how we have approached our theatre making, like a master welder riveting the hull of...sorry, I was being a bit of a twat.

Joe Douglas has recently been appointed as Artistic Director at Live Theatre, Newcastle.

Mark Thomas: Showtime from the Frontline is at Theatre Royal Stratford East from 10 - 21 Apr. BOOK YOUR TICKETS HERE! 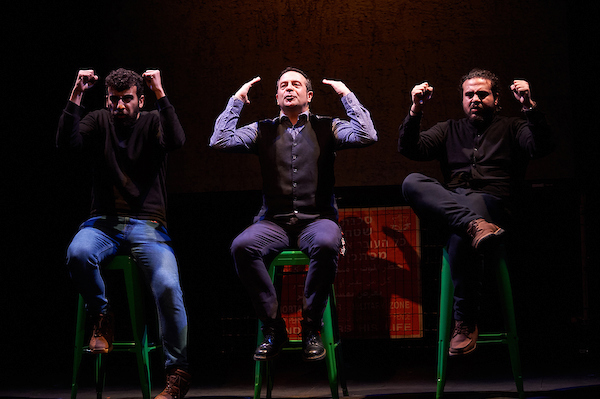